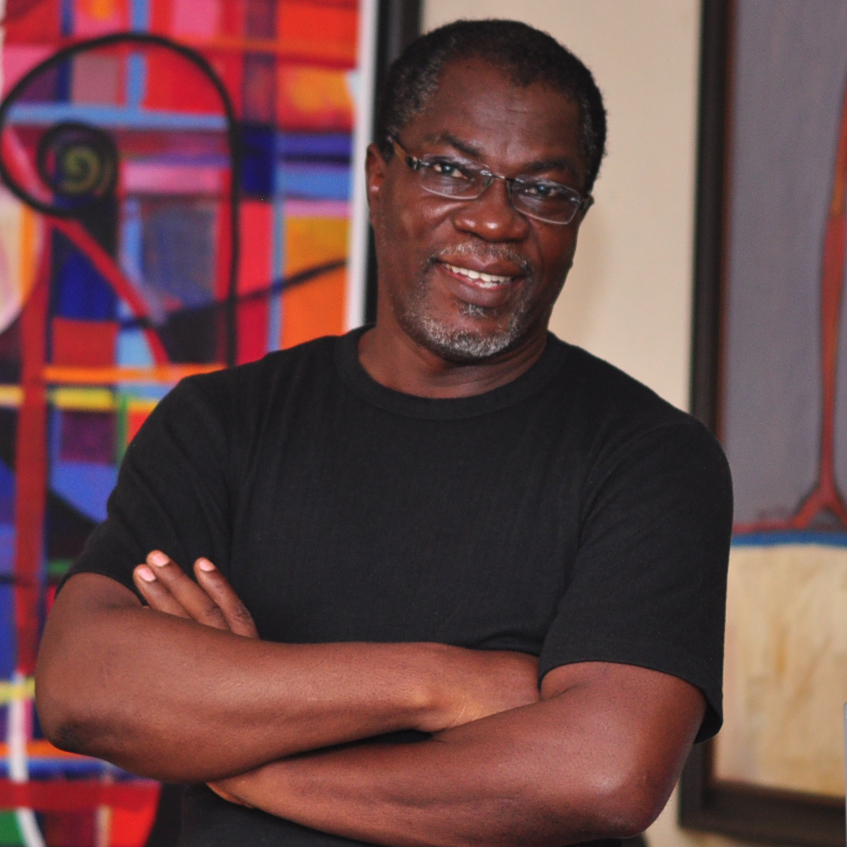 Painter, Illustrator, Conceptualizer, Designer and Creative Art Director, Wande George is a multi-talented Nigerian contemporary artist. After graduation in 1987 he worked briefly as a studio artist but his love and proficiency in drawing and Illustration took him into the Advertising and Communication Industry where he spent almost two (2) decades, as a Visualizer and later as a Creative Art Director. He made his mark as a seasoned illustrator and Creative Art Director and won several Awards before he called it quit in 2010 to direct his attention and energy to his first love (Painting)

All through his sojourn in the advertising world his passion for painting never waned. He was painting and experimenting consistently, which has resulted in the uniqueness of his style and the depth of his thinking. Since his exit from the Advertising world, he has had 3 solo exhibitions and several collaborations with other artist both locally and internationally.

His love for cubism, geometry and informative lines are evident in most of his paintings. There is no attempt at creating an illusion of three-dimensional imagery but there is so much deliberateness in the choice and effective use of space. His emphasis is more on design over colour. The colour possibilities are stretched and expanded.
Wande has convincingly shown that every painting is influenced by an engaging thought pattern.

For Wande, art is a never-ending search, he believes that the more one searches, the more he discovers. He has therefore resolved to continue to dig deep until he gets to the core of his soul where he can bring out that pure and unique treasure. He hopes you will follow him on this beautiful journey through the tunnel of his soul. It promises to be a rewarding experience
Please come along.