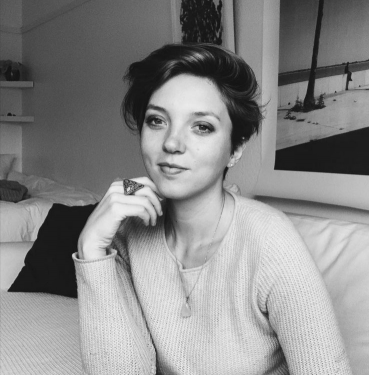 Anushka attended the Michael Mount Waldorf school where she graduated (2014). Since then she has held yearly private exhibitions, selling her art to fund for her tertiary education at the University of Pretoria, where she completed her honours degree in Fine Art (2018). It was during this time that she awakened her love for weaving.

In 2018, Anushka was chosen to create, design and manage the building of the OASIS Temple for Afrikaburn, which was her biggest project to date.

In 2019 she completed her fist artist residency with Greatmore Studios in Nottinghill, KwaZulu Natal. After studying, Anushka moved to Cape Town and was deeply moved by her reawakened connection to nature. Cape Town gave her a deep sense of belonging in nature, a longing for harmony and stillness. She was signed to Axis Gallery in 2019.

In March 2020 she held her first solo exhibition at AVA Gallery, Cape Town.

Over the years she has participated in over 20 group shows and art fairs in Pretoria, Johannesburg, Hermanus and Cape Town, namely with Axis Art Gallery, AVA Gallery, No End Contemporary and many more. Her work has also been featured in The Cultured Traveller Magazine.

Anushka sees her work as a continuation of the organic harmony seen in nature and life.

Her art-making process is a series of intuitive decisions that result in a mess or harmony of individual stories that come together. A process of calming the storm and bringing order to chaos.

To make her weavings she paints several artworks on paper. She then cuts them up to recreate a final image. In a series of artworks, one can often see that the weavings all carry parts of each other. It is the repetitive motion of cutting and weaving that Anushka discovers a meditative space, through which the very tactile experience loses shape and form. This allows her to be part of the creative unfolding rather than directing its course.

Each rectangle of the weaving carries its own story and detail. Viewed from afar they merge into one harmonious image. This is synonymous with our human experience, where our daily lives are busy and chaotic. It is only by stepping back and detaching from the mind that we discover the harmony, allowing us to connect the dots.

The artworks have evolved to become a communication to Anushka’s spirituality, this comes through in her titles and feeling that the works portray to the world. As her enlightenment began, the process was recorded through all of her artworks. She shares ideas about spirituality and holistic living with her communities.